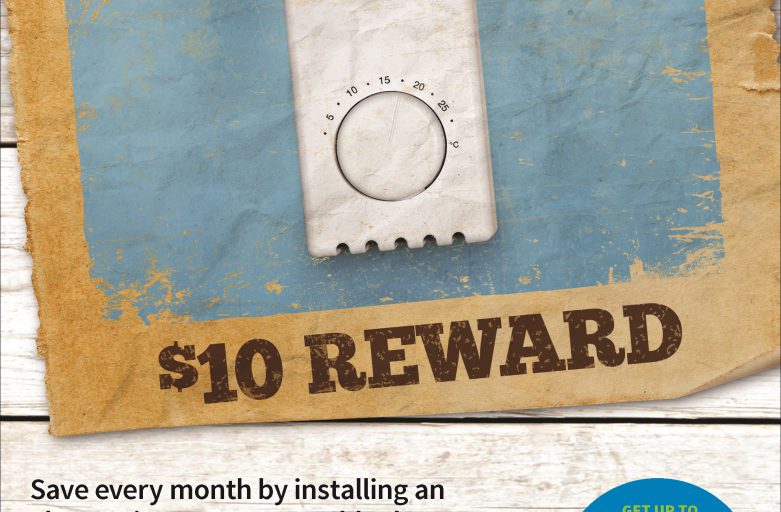 Section IA — CASE OVERVIEW
Why should this case win in the category (ies) you have entered?
Over the course of the two years of results, rebates for thermostats increased 103% over the baseline period. The media cost per unit rebated decreased 48% over the same period. Key research metrics increased during the period including brand awareness, program awareness, recall of advertising and reported consumer actions from exposure to adverting. At the beginning of the period a new campaign was launched and was sustained over the period. The campaign was developed with new insights and deployed with a heavier focus on digital advertising to drive results. Website traffic and digital ad metrics all improved over the period. The total media budget was stable over the base and results period.

We vilified the dial thermostat as a thief in your home, stealing your energy and money. Ditch that dial! Stop wasting energy to heat your home when you’re away or asleep. With a programmable thermostat you don’t need to remember to dial back. Set it and forget it.

The fourth quarter is the key period for takeCHARGE and especially for the thermostat program. The media plan detailed in (b) included television, digital display, social media, and content deployed in nine weeks of activity flighted throughout Q4 and a further six weeks of activity in Q1 the following year. This cycle repeats with slight adjustments for 2015 and 2016. Search engine marketing ran full year. See attached for video, radio and digital examples. 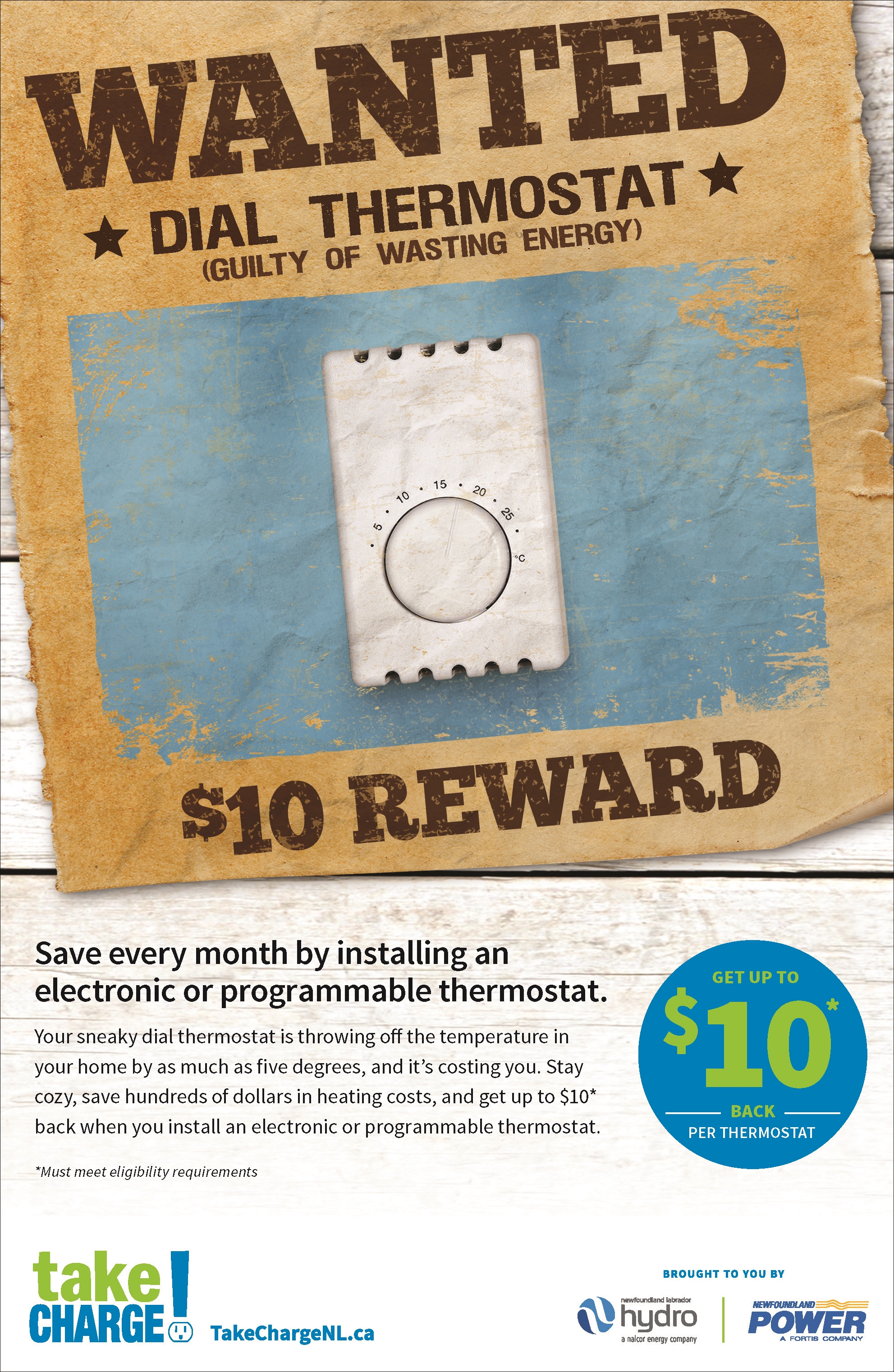 The campaign was mass media in nature. With nearly 80% home ownership, the majority of the adult population was in the target audience. The campaign was executed through a spring and fall flight each year with full year continuity through social media and SEM. The charts below show the change in the media allocations from 2014 to 2016 as budget shifted towards digital executions. The primary creative was a 0:30 TV spot run on TV and online. This was complemented by awareness level display advertising, programmatic ad targeting, and remarketing with more specific messages. The website was further developed to provide resources to guide the user through consideration, evaluation, and conversion. 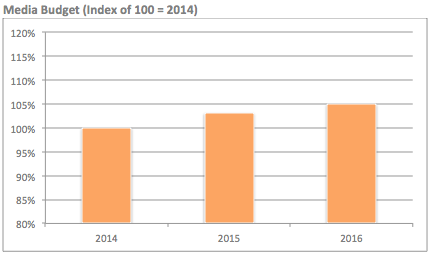 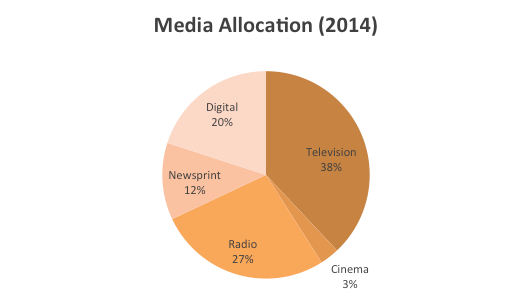 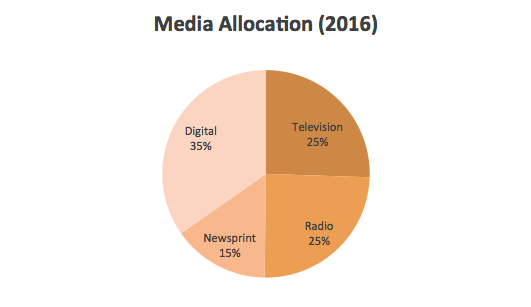 All data below is from a third party quantitative research study conducted by MQO Research with a sample size of 600 and 95% confidence interval. 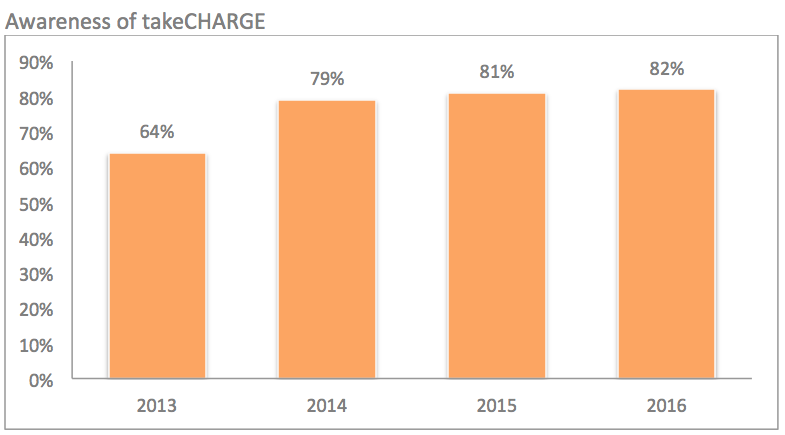 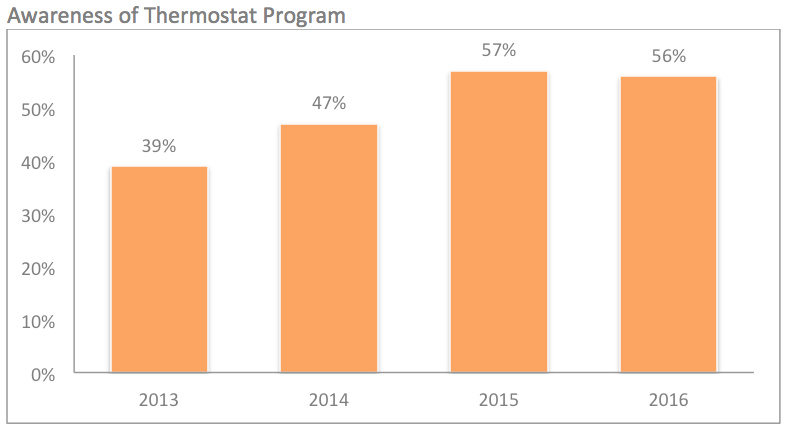 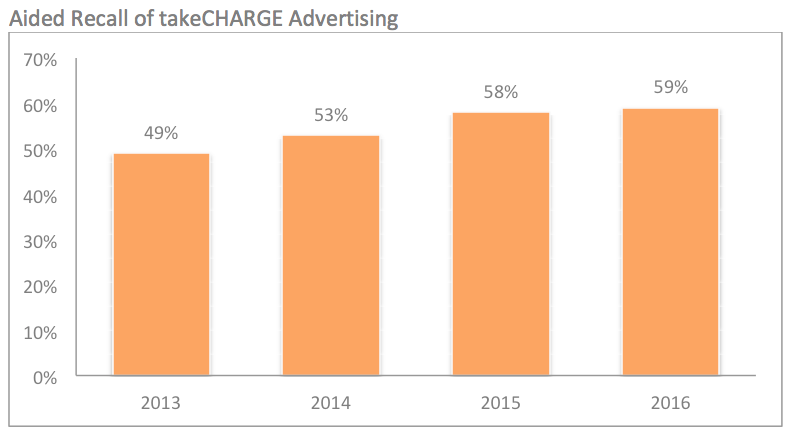 4. Self reporting of consumer behaviour being impacted by all takeCHARGE advertising increased over the base period of 2013 from 19% to 45%. 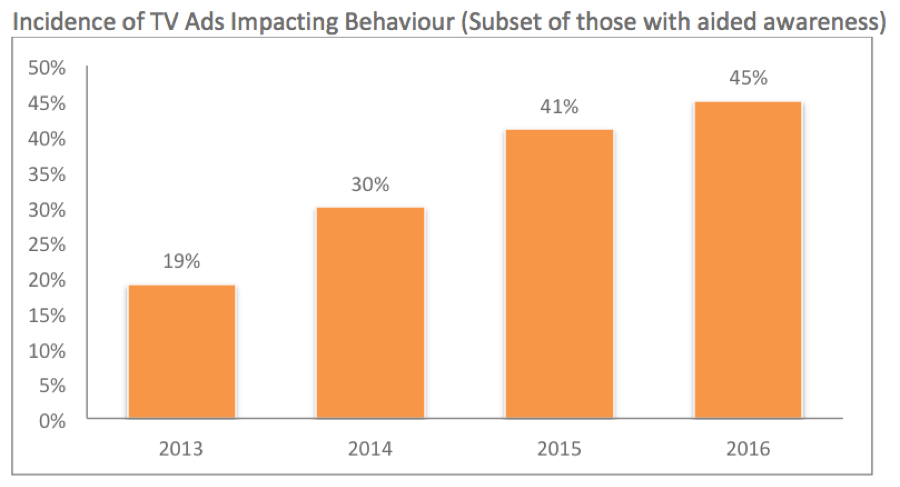 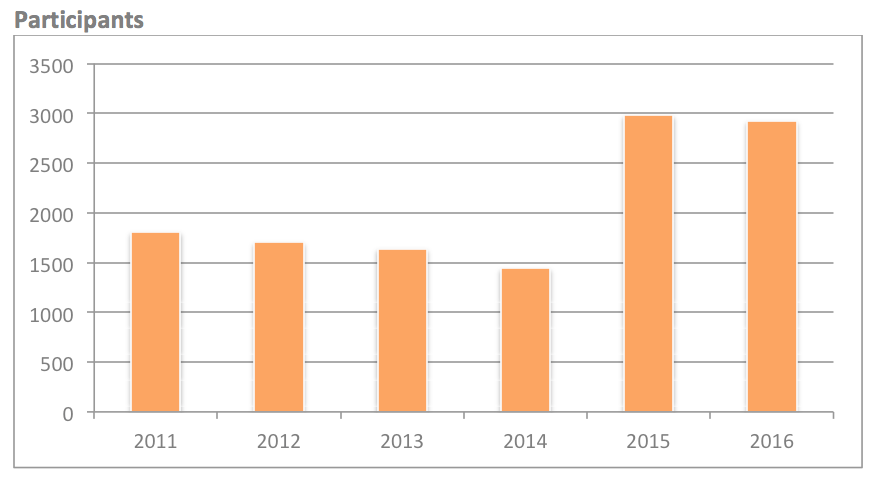 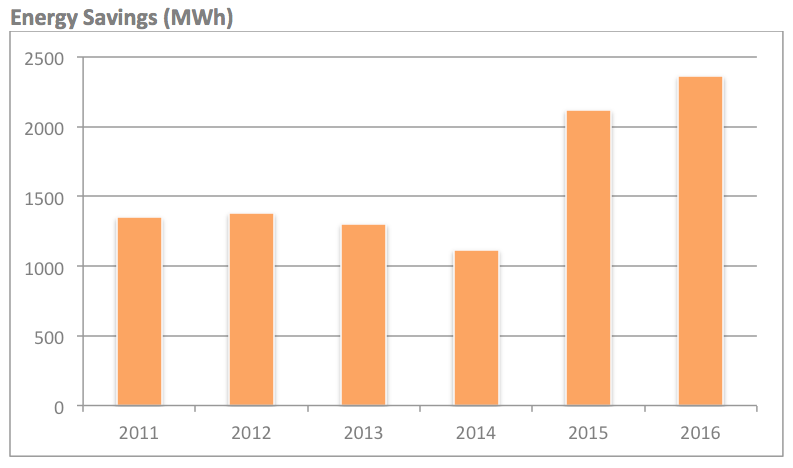 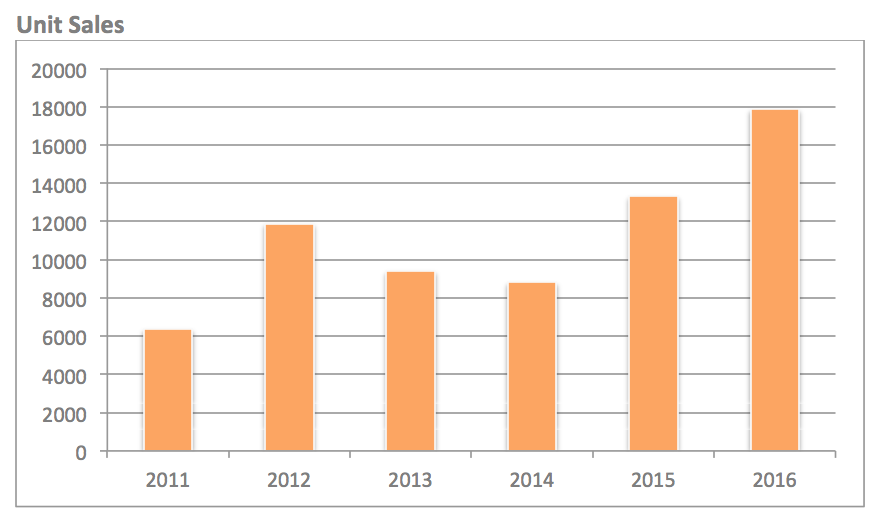 Website: In fall 2014 and throughout 2015 we used high funnel tactics to drive a large volume of traffic. In 2016 we applied campaign learnings and introduced new digital tactics, resulting in a drop in traffic volume YOY, but still an increase over 2014.

Digital Ads (Display, SEM, Social Media): The budget for digital advertising was increased over the results period by reallocating funds from traditional media. The following charts show the resulting increase in impressions and clicks, maintaining an above industry average click thru rate of 0.20-0.35% and decreasing the cost per click each year. 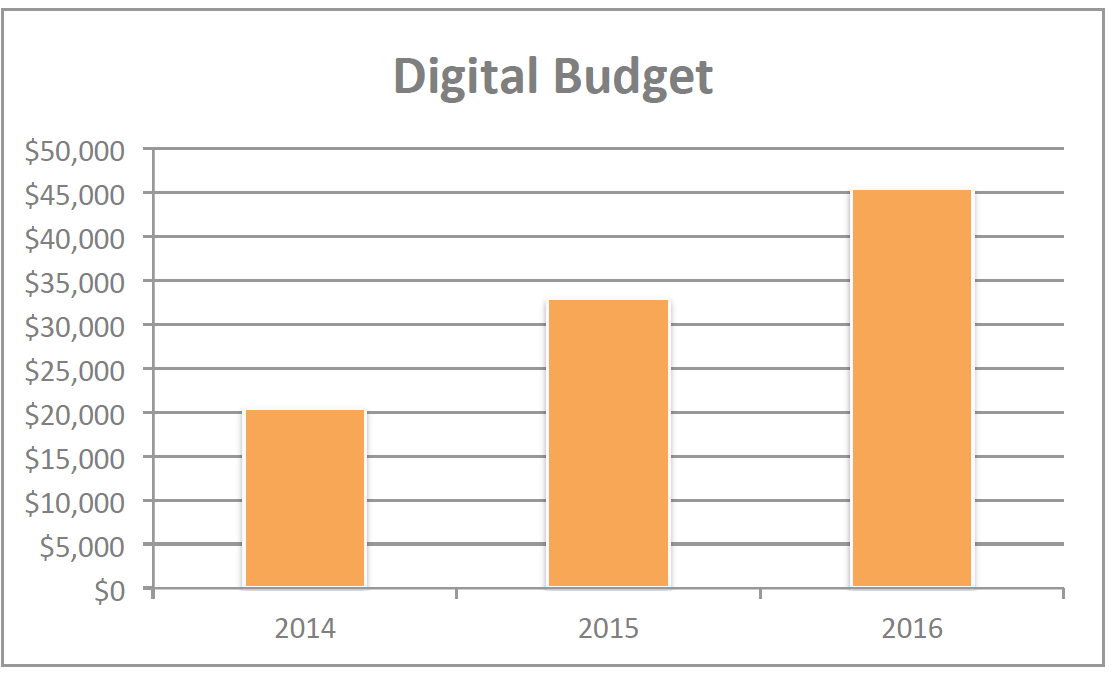 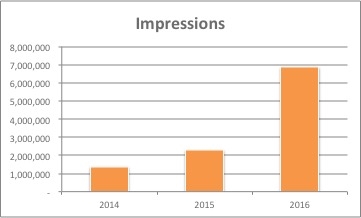 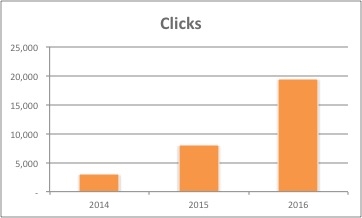 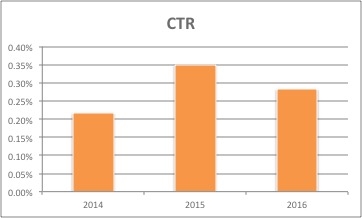 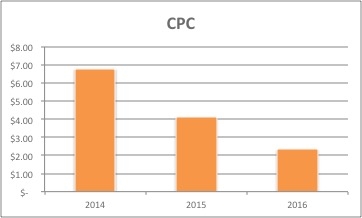 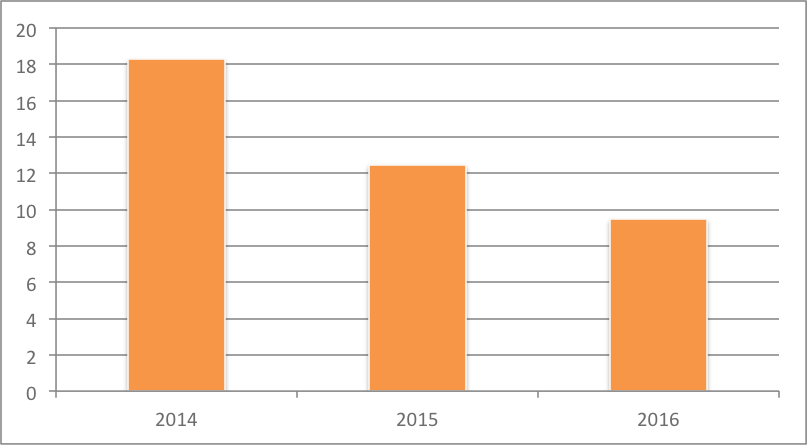 Campaign spend was stable throughout the two year results period and baseline period. Media spend increased 5% over the total period.

There are no indicators of brand momentum prior to the business results period.

The rebate amount of $10 was the same throughout the baseline and business results period.

Throughout the baseline and business results period, takeCHARGE worked with retail partners to ensure POP was in place and to hold in-store events around any periods where there were discounts. The end price point of thermostats was consistent between 2011 and 2016.

In general consumers are beginning to become more tuned in to the topic of energy efficiency as a result of many factors, including the forecasted increase in electricity rates in the province.